First published by the Century Foundation on April 18, 2017

Summary: Since the mid-1980s, the number of Egyptian nongovernmental organizations (NGOs) focusing on human rights has grown rapidly. But despite the proliferation of organizations, the human rights movement in Egypt has never been very effective, and is now especially unmoored. This report traces the sources of these problems in the history of human rights activism in Egypt. The author shows that even as the government has at times allowed NGOs a modicum of independence, it has mostly regarded them with contempt and suspicion. Additionally, Egyptian human rights organizations never formed strong bonds with trade unions and other parts of civil society. They have thus been especially vulnerable to failure. Now, the security-dominated regime of President Abdel Fattah el-Sisi is leading a fresh crackdown on human rights NGOs. For Egypt, mired in political dysfunction and economic malaise, this is a practical as well as a moral blunder. The inclusion of human rights in policy and politics, the author argues, is essential to the country’s advancement. 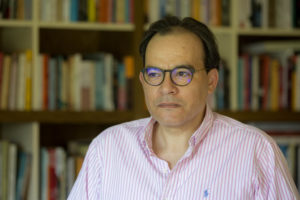